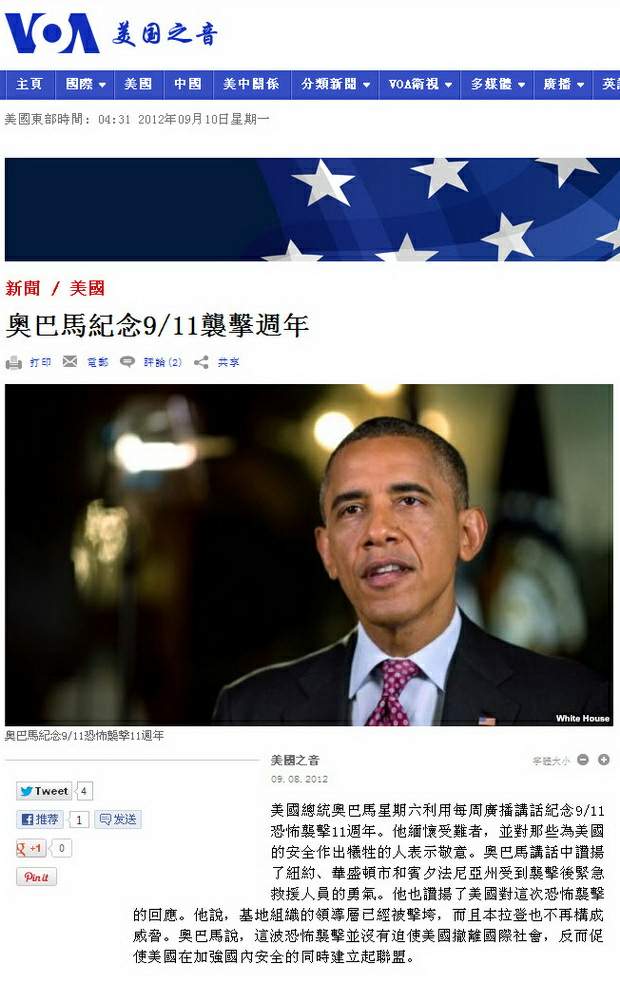 President Obama devoted his Saturday radio address to next week's anniversary of 9/11, saying the nation is stronger 11 years later.

"Instead of changing who we are, the attacks have brought out the best in the American people," Obama said.

Since that day, the president said, the U.S. has taken the fight back to al-Qaeda, the group that planned the attacks in New York and Washington. Last year, U.S. special forces killed its leader, Osama bin Laden.

The U.S. has deepened its alliances with other nations, while improving security at home, Obama said. Religious tolerance has never been stronger.

The 9/11 anniversary -- on Tuesday -- is also a time to remember the nearly 3,000 people who lost their lives in those first hours, and the thousands of soldiers who have sacrificed their lives in the years since, the president said.

"On this solemn anniversary," Obama said, "let's remember those we lost, let us reaffirm the values they stood for, and let us keep moving forward as one nation and one people." 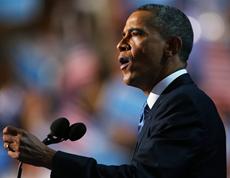 This week, we mark the eleventh anniversary of the September 11th attacks. It's a time to remember the nearly 3,000 innocent men, women and children we lost, and the families they left behind. It's a chance to honor the courage of the first responders who risked their lives -- on that day, and every day since. And it's an opportunity to give thanks for our men and women in uniform who have served and sacrificed, sometimes far from home, to keep our country safe.

This anniversary is about them. It's also a time to reflect on just how far we've come as a nation these past eleven years.

On that clear September morning, as America watched the towers fall, and the Pentagon burn, and the wreckage smoldering in a Pennsylvania field, we were filled with questions. Where had the attacks come from, and how would America respond? Would they fundamentally weaken the country we love? Would they change who we are?

The last decade has been a difficult one, but together, we have answered those questions and come back stronger as a nation.

We took the fight to al Qaeda, decimated their leadership, and put them on a path to defeat. And thanks to the courage and skill of our intelligence personnel and armed forces, Osama bin Laden will never threaten America again.

Instead of pulling back from the world, we've strengthened our alliances while improving our security here at home. As Americans, we refuse to live in fear. Today, a new tower rises above the New York skyline. And our country is stronger, safer and more respected in the world.

Instead of turning on each other, we've resisted the temptation to give in to mistrust and suspicion. I have always said that America is at war with al Qaeda and its affiliates -- and we will never be at war with Islam or any other religion. We are the United States of America. Our freedom and diversity make us unique, and they will always be central to who we are as a nation.

Instead of changing who we are, the attacks have brought out the best in the American people. More than 5 million members of the 9/11 Generation have worn America's uniform over the past decade, and we've seen an outpouring of goodwill towards our military, veterans, and their families. Together, they've done everything we've asked of them. We've ended the war in Iraq and brought our troops home. We brought an end to the Taliban regime. We've trained Afghan Security Forces, and forged a partnership with a new Afghan Government. And by the end 2014, the transition in Afghanistan will be complete and our war there will be over.

And finally, instead of turning inward with grief, we've honored the memory of those we lost by giving back to our communities, serving those in need, and reaffirming the values at the heart of who we are as a people. That's why we mark September 11th as a National Day of Service and Remembrance. Because we are one American family. And we look out for each other – not just on the difficult days, but every day.

Eleven years later, that's the legacy of 9/11 -- the ability to say with confidence that no adversary and no act of terrorism can change who we are. We are Americans, and we will protect and preserve this country we love. On this solemn anniversary, let's remember those we lost, let us reaffirm the values they stood for, and let us keep moving forward as one nation and one people. 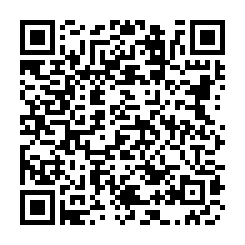 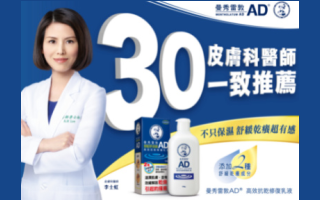